Luakit is a highly configurable browser framework based on the WebKit web content engine and the GTK+ toolkit. It is very fast, extensible with Lua, and licensed under the GNU GPLv3 license. It is primarily targeted at power users, developers and anyone who wants to have fine-grained control over their web browser’s behaviour and interface. 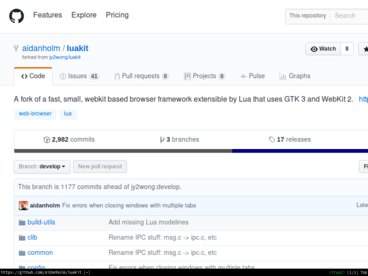 Luakit in normal mode when reading a web page. 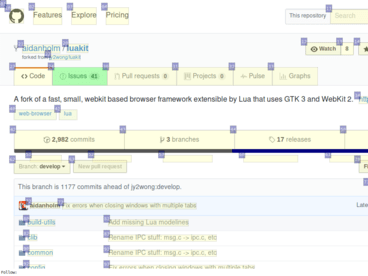 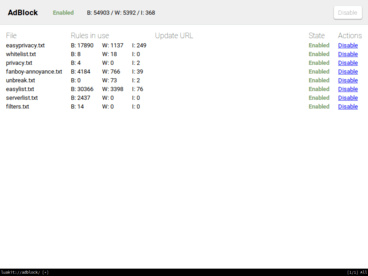 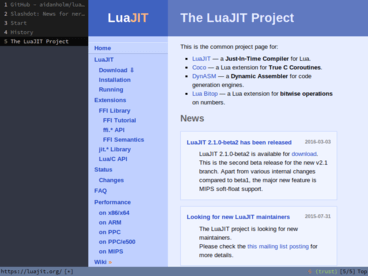 Luakit with a different theme and with vertical tabs enabled.

While switching to the WebKit 2 API means a vastly improved security situation, not all distributions of Linux package the most up-to-date version of WebKitGTK+, and several package very outdated versions that have many known vulnerabilities. As of September 2019, Arch, Debian, Fedora, Gentoo, and Ubuntu all have the latest version of WebKitGTK+, but OpenSUSE ships an outdated and vulnerable version in their stable channel.

If you use Luakit for browsing, it is your responsibility to ensure that your distribution packages an up-to-date version of WebKitGTK+!

FreeBSD and OpenBSD users can install the luakit package.

When installing from source, OpenBSD users should build with clang instead of GCC, as the GCC version shipped with OpenBSD is outdated and its use will result in compilation errors.